We continue our quest to explore the British Virgin Islands. Norman island is a fantastic little island to explore by sea and it has a rich pirate past.

Treasure Island? Yes indeed, the famous book written by Robert Louis Stevenson was actually modeled after this very Island. Legends of Pirates and Treasure Caves encompass the Island making it a popular stop with yachtsmen. In fact, pirate treasure was found in The Caves on Norman Island by locals many years ago, and the legends of the island are filled with tales of additional treasure still waiting to be discovered.

The island is uninhabited and privately owned by Dr Henry Jarecki. Its area is about 600 acres, and is about 2.5 miles long. A large harbor known as “The Bight” offers one of the most protected anchorages in the area. It is considered to be one of the “Little Sisters,” along with Pelican Island, Peter Island, Salt Island, Dead Chest Island, and Ginger Island. This group of islands is smaller, lower, and more arid than other islands to the north and west. (Info from Wikipedia)

Norman Island is a well-known destination for cruisers and other tourists because of 3 water-level caves at the base of cliffs just outside the western edge of The Bight. The caves are ideal for snorkeling, and push deeply enough into the cliffs that darkness makes the experience like a night dive.

The island has no permanent inhabitants (other than wild goats), but there is a restaurant and bar named “Pirates” located in the Bight. There is also an old barge named the William Thornton (or “Willie T” to locals) which operates as a bar and restaurant. 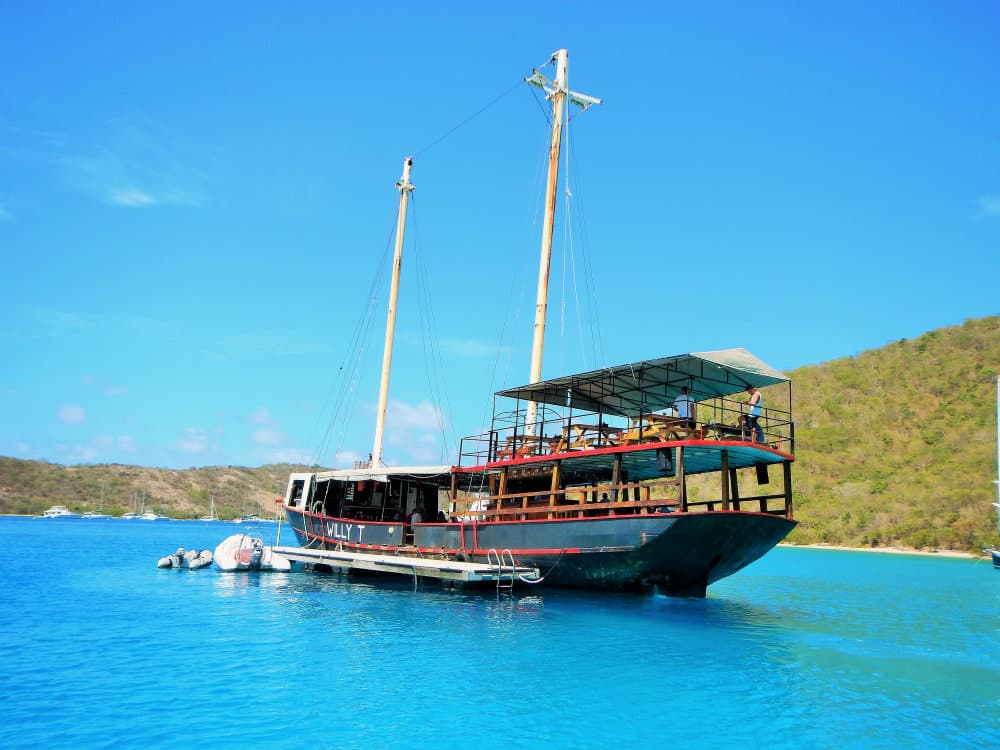 That’s Norman Island. Where shall we sail to next in the beautiful BVI?

Over and out from somewhere south,
RumShopRyan