I’ve lived here in Southwest Florida for 10 years now, and watching the sun fall below the horizon of the Gulf of Mexico never gets old. I thought I’d share this beautiful nightly event with you Castaways in this Island Lime Video.

Lovers Key State Park is a fantastic place. It’s a natural island only covered with sea oats, sea grapes, some trees, an occasional palm and lots and lots of virgin white sand. I go there for walks, I go there to think. I go there to watch dolphins play and the sun set.

Earlier this week when I drove to Lovers Key to film this video the wind was calm and the waves soft. I walked the North shore of the island along Big Carlos Pass only passing one man fishing. Once I got to the gulf side of the island I didn’t see a single soul for over an hour. It felt as if I was literally the only person in the world. It was a special feeling, not even the bugs attacking my legs could pull me from my bliss.

I set up my camera and this is what I filmed…

Did you see the fish jump right in front of the setting sun at the 2:42 mark? These guys were jumping all over the place. They either were running from a bigger fish or wanting to see the spectacular sunset form themselves. I’m betting on the latter.

As I walked back along the north shore constantly turning around to see the horizon in increasingly deeper colors I passed a group of three non English speaking European tourist. I realized this by their odd head shaking and their overly pronounced “yeah”, when I asked them if they enjoy the sunset. Right as I passed them a Bald Eagle flew 25 feet over our heads. I pointed at the powerful bird and snapped my head back to point it out to them. I’m not sure if they knew what I was saying or that they realize they witnessed a close flyby of our national bird, but the moment was not lost on me.

I continued to walk for another 10 minutes in the ever darkening sky, thinking that what had just been a simple trip to film the sunset turned into a magical moment. Moments like that remind me that I’m lucking to be living in a place so beautiful.

I normally hold back photos from video posts such as this because I don’t want them to take away from the video, but in this case I want to share. Here are some of the photos I took of this beautiful night on Lovers Key. 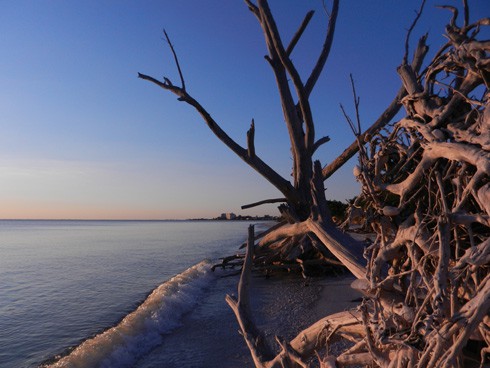 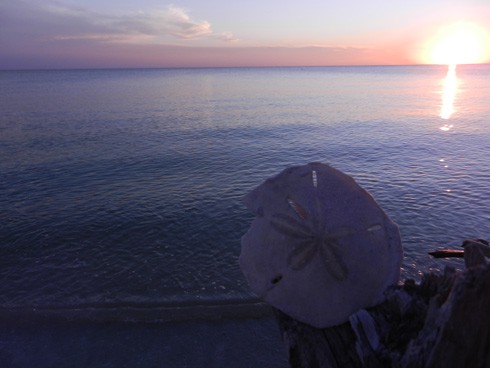 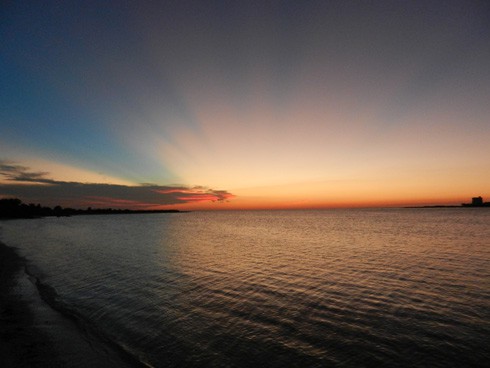 Have you been to Lovers Key, what did you think?

Today is the last day to vote for our buddy Carlton Groom for the Tommy Bahama Rumologist contest. Click here to help him out. Thanks guys!