Last Friday night the city of Fort Myers was Knee Deep with Zac Brown Band fever. Once I heard that ZBB was coming to Southwest Florida, I quickly thought back to seeing him last March in Tampa when the band was touring with Kenny Chesney and the Goin’ Coastal tour. The difference between Tampa last year and Fort Myers this year…energy. Crowd energy to be more specific. 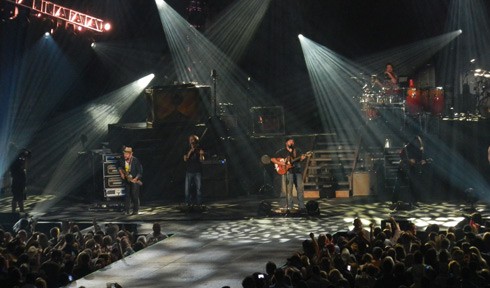 In March they preformed in the huge venue of Raymond James Stadium. A good crowd was there to see them play, but the sun was still up and many people were still in the parking lots waiting for Chesney to come on stage. Last week the small Germain Arena in Fort Myers, which only holds about 7,000 people, was sold out and the fans hyped up. This castaway included. The energy was contagious and ZBB was feeding off of it. The third song was “Knee Deep”, and it sent the areas coastal crowd into a frenzy. I have some bad video of them playing the addictive Knee Deep, but I won’t submit you to the horrible singing that you can hear from the person holding the camera.

Cause my bartender, she’s from the islands
Her body’s been kissed by the sun
And coconut replaces the smell of the bar
And I don’t know if it’s her or the rum 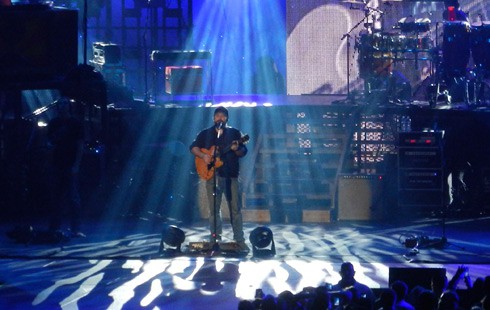 Zac and the boys rocked the house for just under two hours and played all their hits. They also played a new song from their upcoming album. Can’t remember the name of the song or the album name though. I know, I should be fired. If anyone reading this was at the show please let us know the name of the new song they played.

I do remember that they ended the show with “Chicken Fried” which made the entire crowd go nuts. Everyone was singing as loud as the could, jumping up and down and loving every second of it. The place was electric. 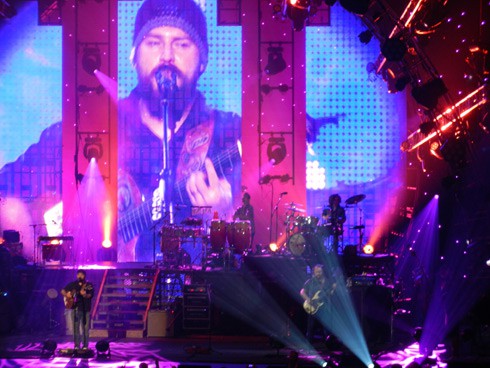 My friends and I were wondering if Jimmy Buffett was going to make surprise appearance and do Knee Deep with the guys. Jimmy was in Florida preparing for a show in Miami the very next night. But alas he did not show up. Turns out he was catching the Miami Heat game instead. It was fun to think about though.

If you get the chance to see Zac Brown Band in concert I highly recommend it. I don’t even like country music, but these guys have enough tropical vibe and amazing talent to turn even the biggest country haters into fans. 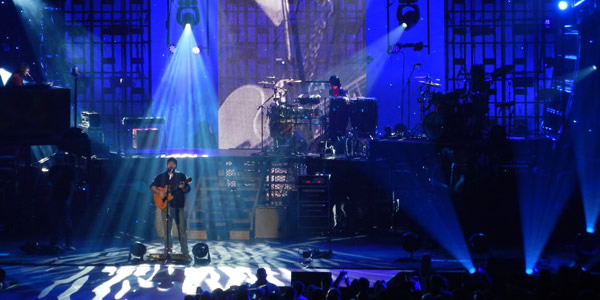