Feel The Reggae With Mr. Vegas And Sweet Jamaica

Feel The Reggae With Mr. Vegas And Sweet Jamaica

No Shoes Radio has been pumping new music into their rotation lately and it’s been good. One song that caught my ear was Sweet Jamaica by Mr. Vegas featuring Shaggy and Josey Wales. The reggae flow makes the head bounce and soul crave the beaches of Jamaica. Plus with a name like Mr. Vegas it has to be good right? Mr. Vegas was my nickname in high school. Nah, just kidding…it was actually mattress giant. Ha! Kidding again.

Sweet Jamaica features Billboard artists, Mr Vegas, Josey Wales and Grammy winner, Shaggy. The video for the title track “Sweet Jamaica” was shot all across Jamaica throughout the 14 parishes and directed by Jay Will. The images of the beautiful island flow seamlessly with the catchy reggae beats. See for yourself.

This album was released to celebrate the 50th anniversary of reggae music and of Jamaican independence. In an interview with the Miami New Times, Mr. Vegas says “Mikey Bennett had approached me about going in a different lane. He could hear my sound fitting songs like Toots and the Maytals‘ “Sweet and Dandy” and Hopetown Lewis’ “Take It Easy”. We started recording, and it just felt like the type of music that helped set the foundation of Jamaican music. At the same time it is our 50th anniversary of reggae music and our 50th anniversary of independence this year.”

Here’s the link to download the complete double-disk Sweet Jamaica by Mr. Vegas 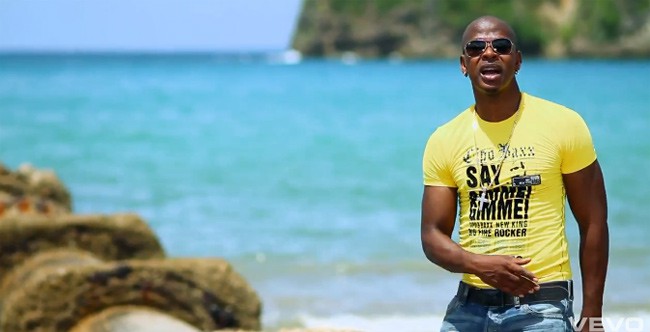 Are you a fan of Mr. Vegas and Sweet Jamaica? I just made it part of my “Beach” playlist!