If you’re reading this blog then you probably love the Caribbean, and probably a little rum. But how much do you love it, would you trade in your life for a life in the Caribbean? Would you sell most of your possessions, pack up only what you needed and take the plunge of being an ex-pat? That’s what Melissa Perlman did when she decided Tulum, Mexico was where she would build her dream, and her family.

Melissa grew up in Arizona, lived and worked in Japan, then decided New York City was the place for her. Six years later the city burnt her out and she made the move to Tulum, Mexico to build a hotel that would rejuvenate people’s bodies and minds. That’s how Amansala Eco-Chic Resort was born. 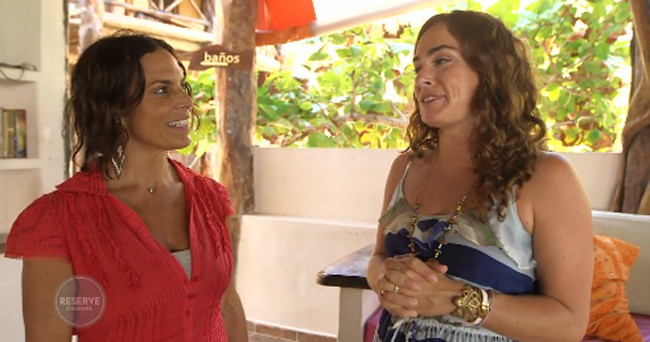 Savannah Jane Buffet joins Melissa Perlman at Amansala to find out how and why she became an ex-pat. During Melissa’s journey she learned Spanish, started a family, and has succeeded as a hotelier — but not without some setbacks, including a run in with the Mexican mafia.

These EX-PAT shows literally kill me. Everyone one I watch stokes that desire to live like that. In the video Melissa mention’s she doesn’t have that fear gene, the one that should make people scared to move to a new place with no real plan or funds. Like her, I do not possess that gene either. I’m glad I don’t, but it has lead me into creating a few failed businesses. Then on the other hand it pushed me to live on the coast of southwest Florida, the best decision I ever made.

My only fear is that there’s so many islands to truly become one with, how could I ever settle down in one place knowing that the next rock on the horizon is begging you to explore it. Maybe the answer to that mind-bender is something that our friends from Zero to Cruising figured out a while ago. Live on the hook, let the wind be your guide and spend a month or so at each island. Anyone want to go in on a sailboat with me?

Cheers to all you ex-pats that made the move and followed your dreams. There’s nothing more inspiring.