Tourism in Haiti: A Portrait

Happy 4th of July Castaways, here is a guest post by Alexandre Duval, a Montreal-based blogger working for Tourism Montreal who writes about tourism around the world.

Dubbed the “Pearl of the Antilles” in French as a reference to its natural beauty, Haiti used to be a quite popular destination for North American tourists. In effect, until the early 1980s, the arrival of hundreds of thousands of tourists every year had been fueled by the opening of the international airport near Port-au-Prince in the 1960s. Unfortunately, political instability and natural disasters gradually slowed down the influx of tourists. Yet, Haiti has not said its last word: various initiatives are being carried out in order to revitalize tourism on the western side of Hispaniola.

A recent article by Guillaume Bourgault-Côté in L’Actualité magazine told its readers that the Haitian government is currently seeking to revive tourism by emphasizing what the country’s nature, culture and gastronomy all have to offer. This strategy is somewhat opposed to that of other Caribbean countries, which highly rely on their resorts in order to attract the biggest possible share of the some 23 million tourists who make it to the Antilles every year.

The government’s ultimate goal certainly does not lack ambition: L’Actualité reports that Haiti hopes to attract one million tourists annually… starting in 2015! When compared to the tourism statistics of Haiti’s eastern neighbor – namely, the Dominican Republic – this figure appears somewhat more realistic: the Dominic Republic welcomed about 4 million tourists in 2012. Therefore, Haiti’s projected one million visitors only represent 25% of the Dominican Republic’s total. Still, the two-year deadline will come fast considering the intense planning and promotion efforts that will have to be deployed by the Haitian authorities if their goal is to be achieved.

An attempt to promote the country’s natural treasures

Haiti is a country of mountains. In fact, more than half of it is covered by vertiginous hills with level differences up to 40%, says Haiti’s Ministry of Tourism’s website. One of the countries three national parks, that of La Visite, is located in the La Selle mountain range, which is actually part of a UNESCO biosphere reserve. Located close to the capital, La Visite National Park has a huge potential for eco-tourism and a lot of emphasis is currently being put on it, with its highest peak standing at more than 2,600 meters above sea level.

But Haiti is much more than mountains. It is also home to some 1,700 kilometers of beautiful coast with fantastic beaches to discover, both in the North and the South of the country. The most popular ones undoubtedly are those of Port-Salut, La Côte des Arcadins, Ozanana, Ti Mouillage and Raymond les Bains. Waterfalls also abound in the Pearl of the Antilles, especially in Bassin Bleu. There, close to the Jacmel Bay, visitors can swim through series of waterfalls and explore wonderful caves. 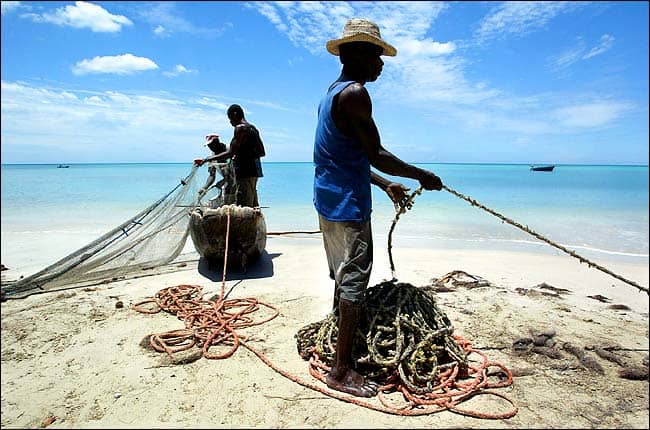 Tourists who like some mix of nature and culture when they travel will not be disappointed either if they make it to Haiti. The Citadelle La Ferrière – also known as the Citadelle Henri Christophe, is an impressive mountain top fortress located in the north of the country (south of Cap-Haïtien), which happens to be the largest in the Americas. Together with the nearby Sans-Souci palace and chapel, the Citadelle Henri Christophe was declared a UNESCO World Heritage Site. Clearly, even though many challenges still need to be taken up by the Haitian government, the country has a touristic potential that is only asking to be rediscovered.