Gustavia To Eden Rock, A Walk To Remember

Gustavia To Eden Rock, A Walk To Remember

These two feet have walked the streets and trails of some pretty amazing Caribbean islands, but none had the energy of St. Barths. Maybe it was because a sailing regatta was in town or that the hills were dotted with million-dollar villas which house the rich and famous. Whatever the reason, you could smell it in the air and feel it as you walked the streets.

Walking the streets is exactly what was on my agenda during our first day on this French West Indian island.

I arrived on St. Barths via the tall ship, Sagitta of Island Windjammers. I was traveling solo, so my only goal was to explore and soak in the island’s energy. It was such a contrast to many of the other island’s laid back attitude. St. Barths was fast paced, sidewalks buzzing with people, and streets filled with expensive cars. Yeah, it was a little different here and I was ready to explore its secrets. Walking flip flops on, I hit the streets of Gustavia and wandered with camera in tow.

Here is the route I took on St. Barths and the following are the sights I saw along the way. 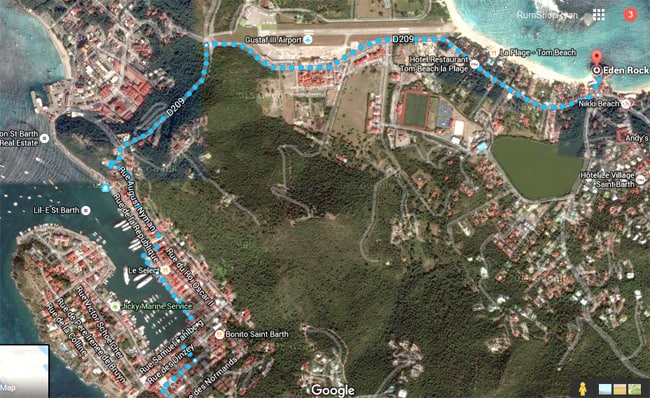 Gustavia is the main town on St. Barths. It’s filled with high-end shopping, charming cafes and one of the most beautiful harbours in all the Caribbean. My first stop was to walk through town, over a small hill to see the slice of sand they call Shell Beach. 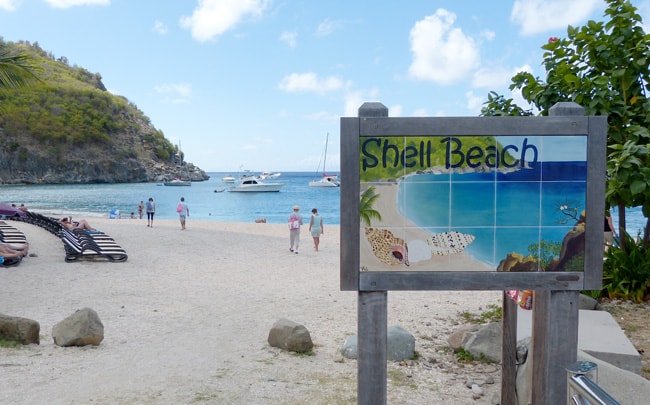 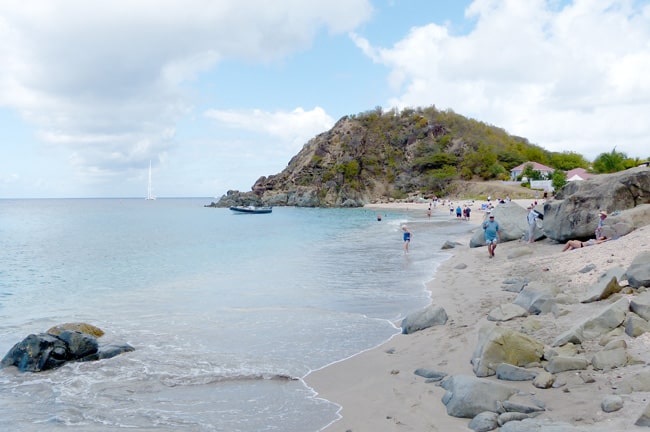 After getting photos and video of the beach I climbed a hill that overlooked this beautiful and popular spot. 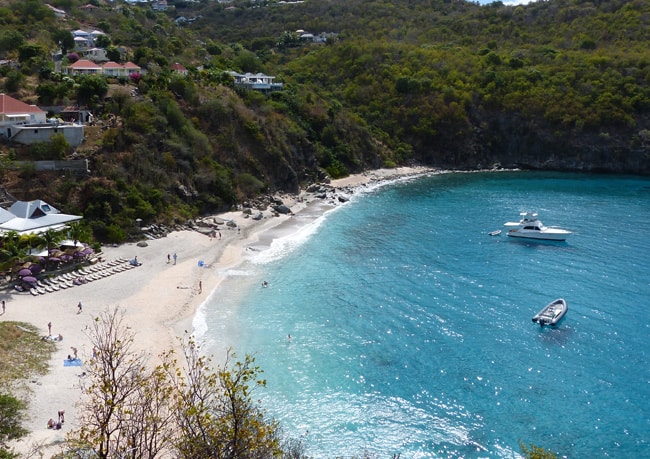 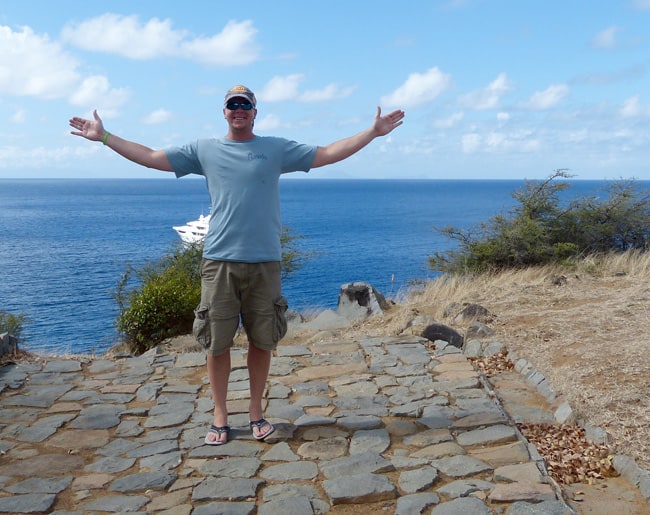 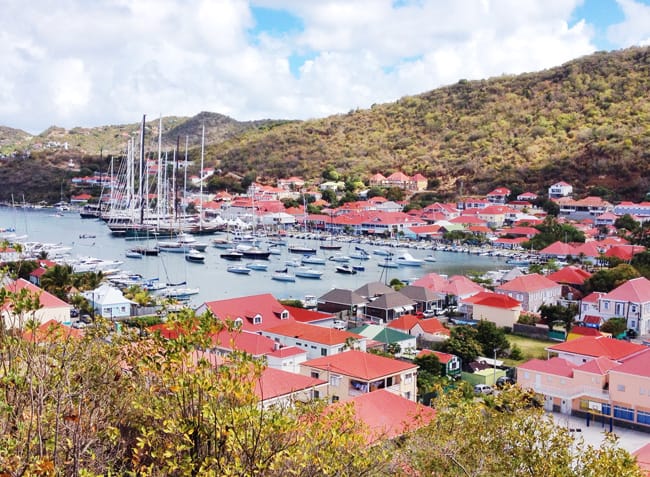 It was early but the Caribbean sun was already doing it’s thing. After my walk up the hill to see Shell Beach and Gustavia from above, it was time to find some shade, a cold beer, and fill my tank with fuel my body would need for the rest of the day’s journey.

But before the food stop, I was hunting for an old church that sat at the back of the harbour. I’ve seen epic photos with a weathered steeple in the foreground and the famous harbour in the background. I wanted that photo. 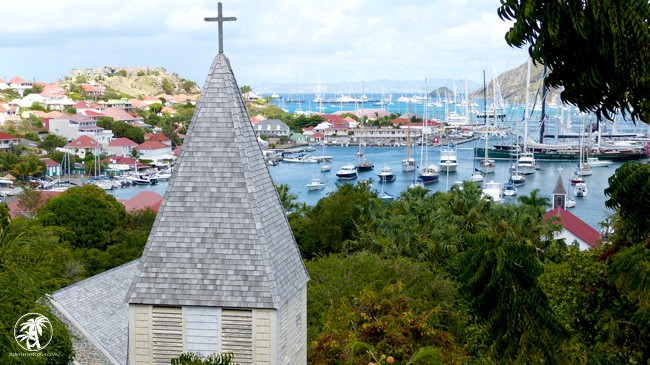 After capturing the photo it was time to eat. There are many great places to grab a bite in Gustavia, but I had only one place on my mind. It’s a place where you can get yours with lettuce and tomato, Heinz 57 and French fried potatoes, big kosher pickle and a cold draught beer, well, good god almighty which way do I steer.

That place you steer to is Le Select. Two Carib beers and a double bacon cheeseburger was just what this pirate needed. With the gas tank full, it was time to walk out of Gustavia, over the hill, and watch airplanes fly down the opposite side to land at the famously intense St. Barths airport. 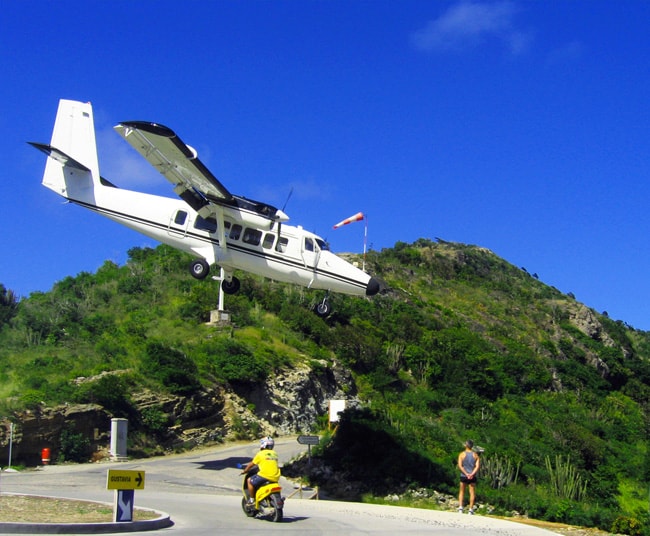 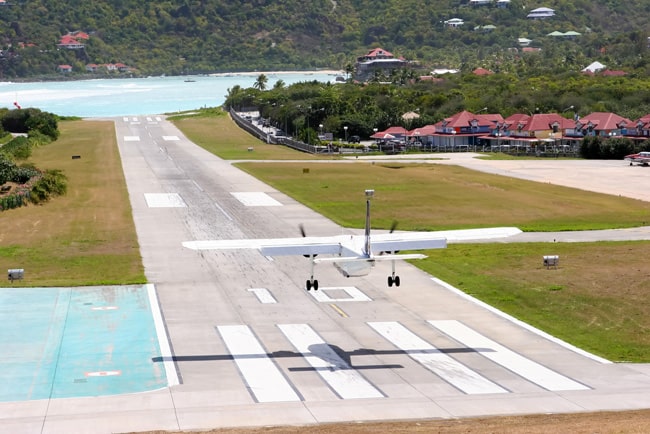 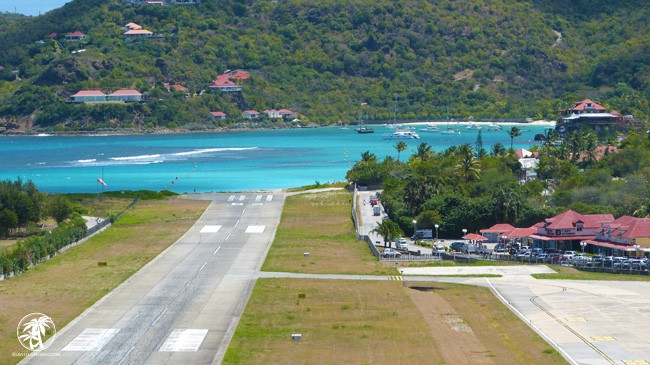 My love of aviation could of had me sitting on top of that hill all day watching the planes dance their way down the runway towards the blue sea, but the day was hot, I was a sweaty mess and the blue of St. Jean Beach (pronounced St. John) was screaming my name.

St. Jean Beach sits at the end of the runway and is home to gleaming white sand and luxurious resorts, including the Eden Rock Resort. But before walking down to Eden Rock, a quick dip in the clear blue water and a cold beer was in order. 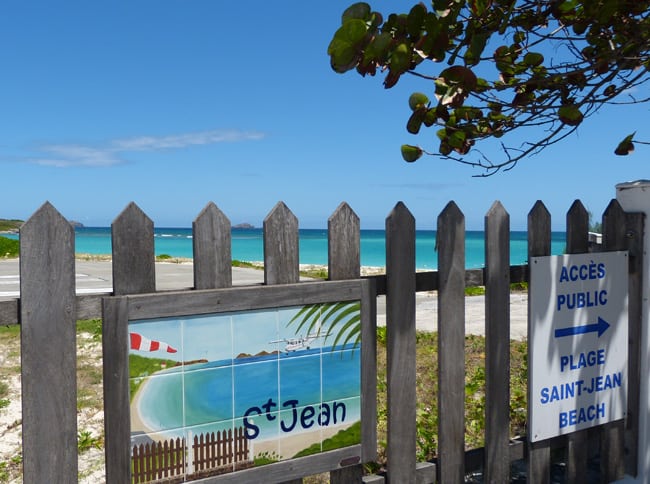 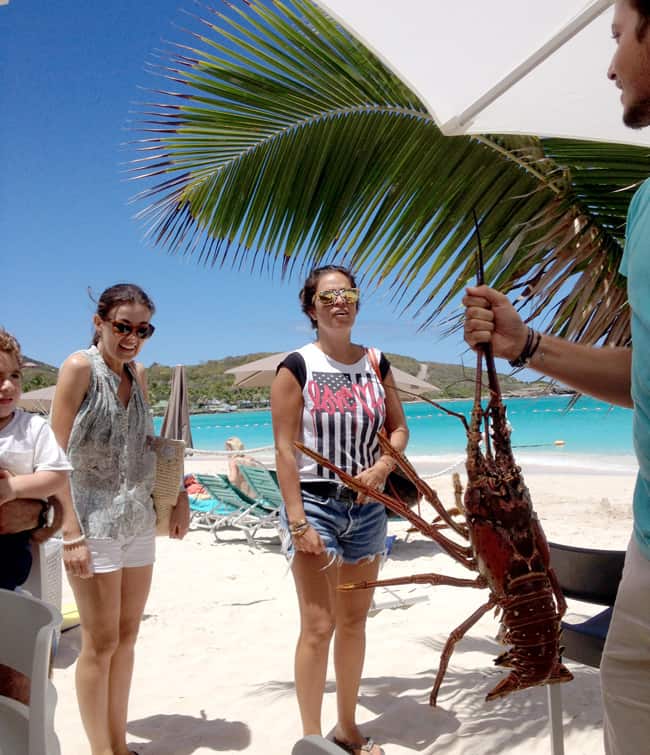 After cooling off, it was time to keep walking. Strolling down the sand towards Eden Rock Resort, I bumped into my Canadian/British friends from the Sagitta. They were soaking in the hot Caribbean sun and splashing around in the blue blue sea. I left them thinking that while I wished I had someone to share this amazing place with, it was a unique experience to explore St. Barths solo. Not having any plans or any real itinerary to keep to, it allowed me a lot of time to reflect in silence and be one with my island thoughts. 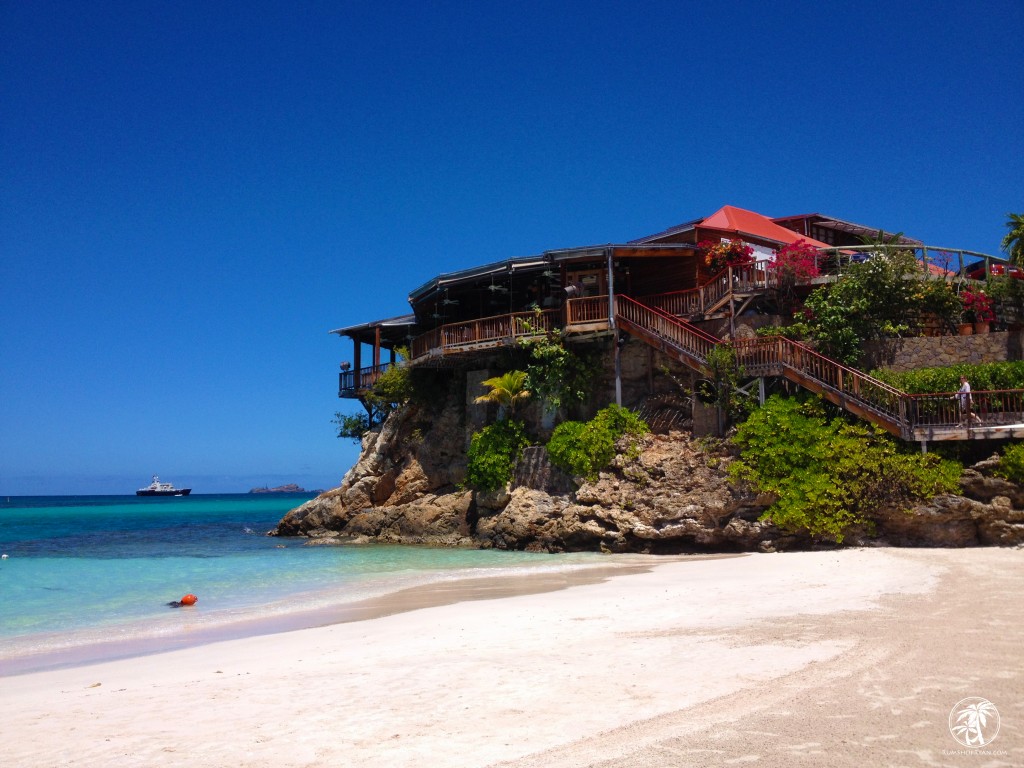 I made it to Eden Rock Resort, explored the grounds a little then called a cab for a ride back to Gustavia. It was a fantastic experience walking the streets and beaches of St. Barths, but I knew I had only seen a small portion of this grand island. Another trip and more time was needed. 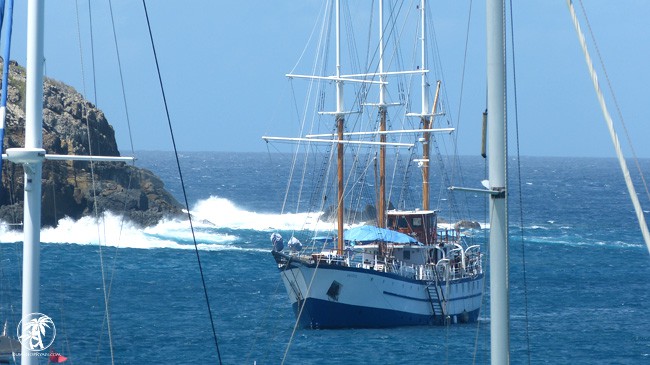 All I knew is that there was a rum punch waiting for me back aboard Sagitta and no walking would be involved. Ahhh, it’s a pirates life for me.