What are you doing February 26-28? If you’re free, then I’d like to invite you to the 3rd annual Festival Rum Bahamas event in Nassau. Come on, you know you want to. Neon blue water, friendly people, great food, and drinking rum at an 18th century British fort that overlooks Nassau Harbour…yeah, you want to.

This will be my third trip to Festival Rum Bahamas, and I accepted the invitation the second it was sent. It’s one of  the best festivals in the islands and oh yeah…there’s more rum than a pirate can drink.

Here are the reason I’ll be heading back to Nassau for Festival Rum Bahamas. Conch, lobster, crab, Mahi Mahi, grouper, snapper, hogfish, oysters, and maybe even some goat…I’ll take it all with some peas and rice on the side please. Obviously Nassau is going to have some good food. This island nation has a bounty of seafood in its waters and they have been perfecting the taste for hundreds of years.

A lot of this food will be available at the rum festival. I especially suggest you visit the fresh Conch Salad stand. Festival Rum Bahamas is more than just a rum event, it’s an entire Bahamian experience. You’ll possibly see a reenactment of an old British military parade, a Junkanoo bash has been known to break out, you’ll sample real Bahamian food as I mentioned, will have the opportunity to see and buy art from local artists, and then there’s the rockin’ island music. The main festival area surrounds Fort Charlotte. In the past years there’s usually two or three stages playing live music or DJs throughout the day. But if you really want the good stuff, you need to stick around after the sun goes down. That’s when nationally known Bahamian bands hit the main stage. It’s a great atmosphere when the music is pumping and the rum flowing. 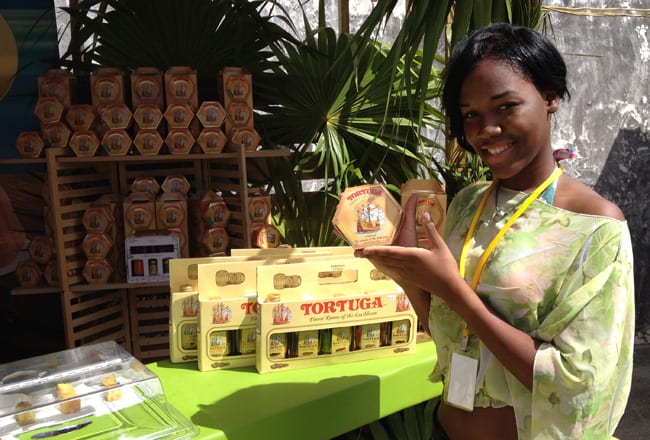 It just seem like everyone is a little nicer in the Bahamas. From locals at the beach, to store clerks, to the rum festival organizers–their island hospitality is some of the best I’ve experienced. I’d like to give a big thanks to Events By Alexandra and her entire staff. They do a fantastic job of putting on the rum festival and they take great care of us judges. The festival conducts an official rum competition which puts some of the best rums in the world up against each other in their perspective categories. A panel of local and international judges have been put together to rank the rums using several different criteria.

This will be my 3rd year on the judging panel and I can’t wait. There’s nothing like sitting in a dark stone room in the bowels of Fort Charlotte sipping rum with some of the biggest names in the rum world. There’s a great comradery among these rum guys and I’m looking forward to hanging out with all of them again.


Those are the five reasons I’ll be attending the Festival Rum Bahamas in Nassau. If you come, then I’ll add number six…meeting you Castaways!