In less than a month, Ft. Lauderdale beach will be taken over by some of the biggest names in country music for three days. Are you up for it?

Taking its name from the sea turtles that nest along the South Florida coast, the Tortuga Music Festival is an environment-friendly co-production between Huka Entertainment and the Rock the Ocean Foundation, the brainchild of Nashville music veteran and former Fort Lauderdale resident and diver Chris Stacey.

During its first three years, the Tortuga Music Festival has raised more than $250,000 for the Rock the Ocean Foundation.

The daily lineup is finalized and it’s time to start planning on who you want to see. Find out when your favorite artists are playing so you don’t miss a second. 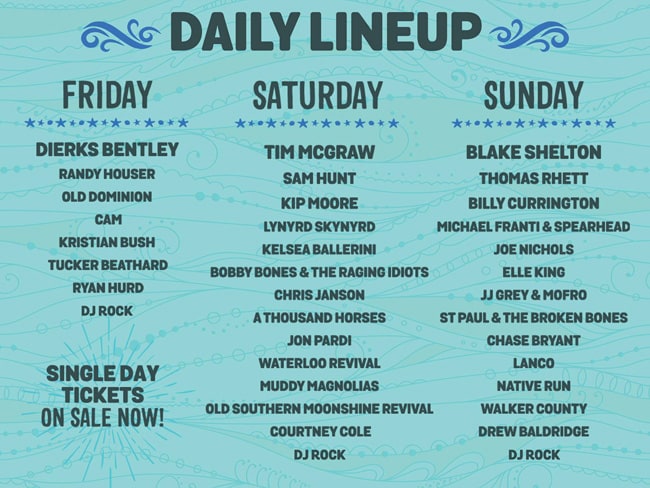 Launched in 2013, the Tortuga Music Festival was extended to three days after a sell-out weekend that saw more than 75,000 attendees last year.I’ve been to two of these events and it’s an unbelievable experience. There will be sun, sand, skin, cold drinks and some rockin’ good music.

General admission tickets for the festival are $199, while VIP tickets are $899.

Let me know if you’re going, I might just see you on the sand!