A Day On The Water With Born To Rhumb

A Day On The Water With Born To Rhumb

The US and British Virgin Islands are a special place, many of you already know that. I’ve been to many many places throughout the Caribbean, but I keep finding myself back in the USVI and BVI. Why? It’s the “pinch me” feeling I get on days like the one I recently experienced with Born To Rhumb, a boat charter out of St. John.

The Virgin Islands amaze you from land, but spending a day staring at them from the waters that legendary explorers and infamous pirates once cruised is a special feeling that never gets old. It’s often said that the best day of your VI vacation is the day you spend off the island. Chartering a boat and crew like Born to Rhumb will make that statement a solid reality.

Our day started off waiting for Captain Ben and First Mate Laura to arrive to the National Park Dock in Cruz Bay on St. John. Castaway Crystal and I joined a group of island friends that Captain Ben had invited out for a day of BVI island hopping. 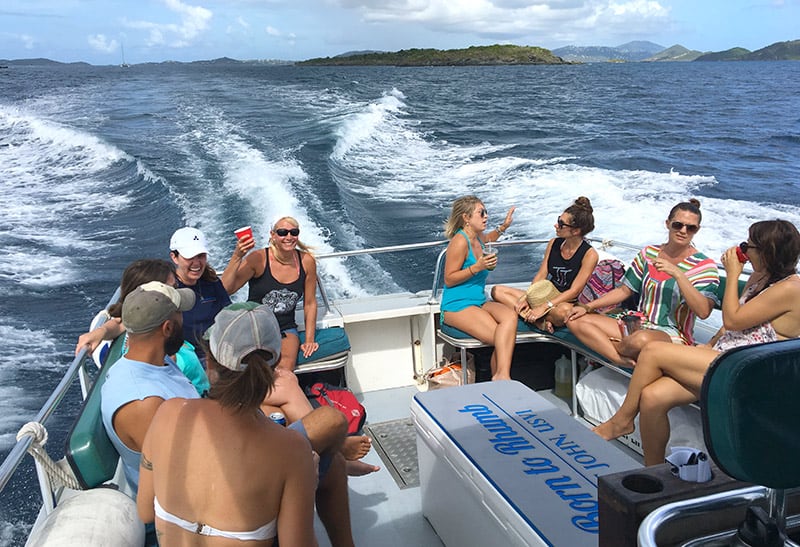 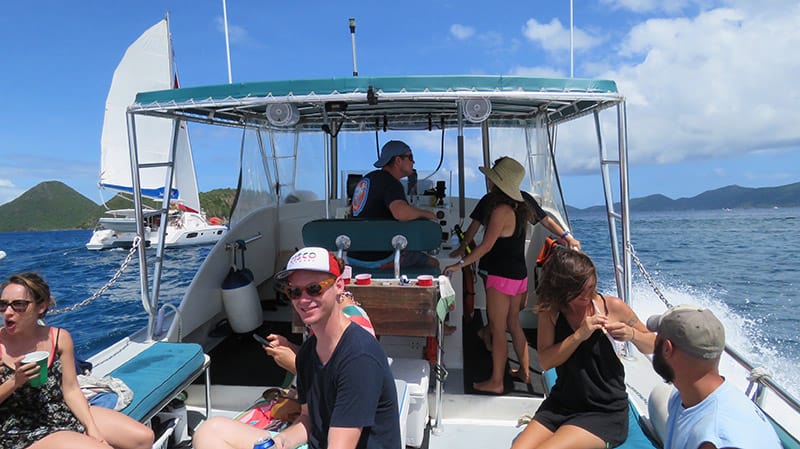 It’s funny how these things work. In the morning everyone is relatively quite and talking with the people they know, and then by the afternoon it’s full-on dance party mode with your newest best friends. Cold Caribs and Painkillers can have that affect on a situation!

We left Cruz Bay and headed towards West End on Tortola to check into customs. From there it was on to Cane Garden Bay to hit a few beach bars and the historic Callwood Rum Distillery. You know if there’s a rum distillery in the area I have to visit right! Especially one as epic as this one. The Callwood Distillery is one of the Caribbean’s oldest continuous pot distillery. Located on Tortola in the heart of the British Virgin Islands, the old rock walls and equipment will take you back in time. More on my visit to the distillery later. 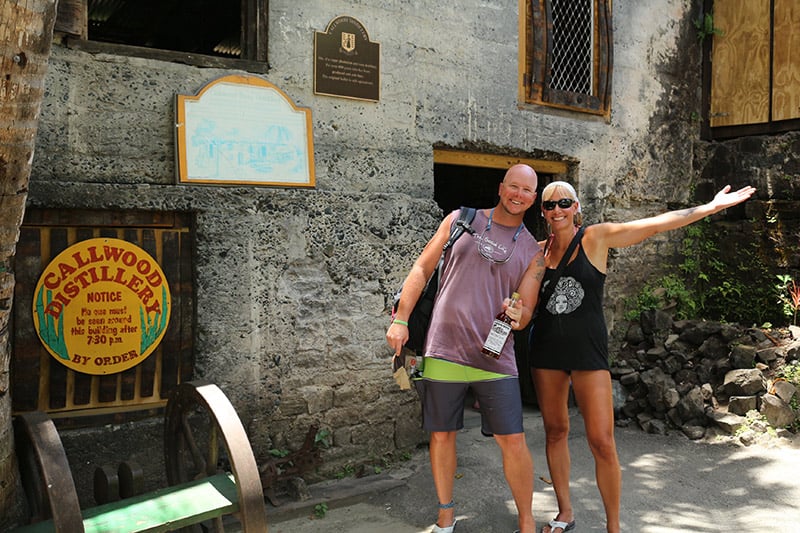 After a few hours is was time to pull anchor on Born To Rhumb and head to picturesque Sandy Spit. If you haven’t heard of Sandy Spit, it’s a little island just off Jost Van Dyke. It’s surrounded by crystal clear water, boasts soft deep sand and has a few bushes and a lone palm tree. Think Corona commercial. It’s so small you can walk around it in 3 minutes, or in our case, do a funky 3-person relay race around it in just 60 seconds! 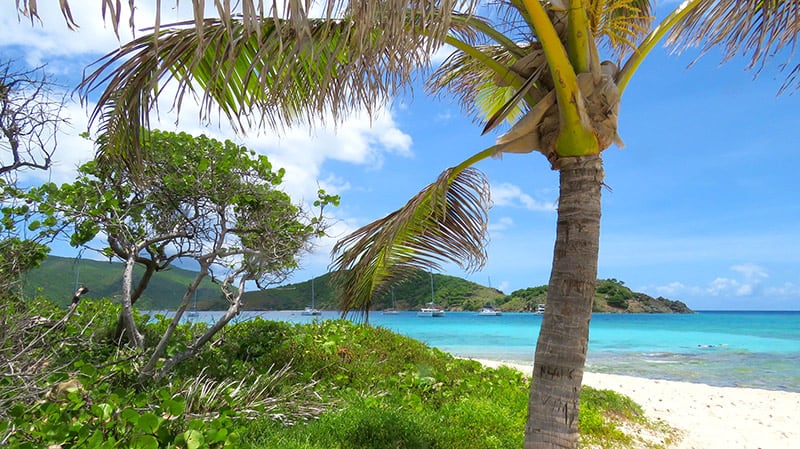 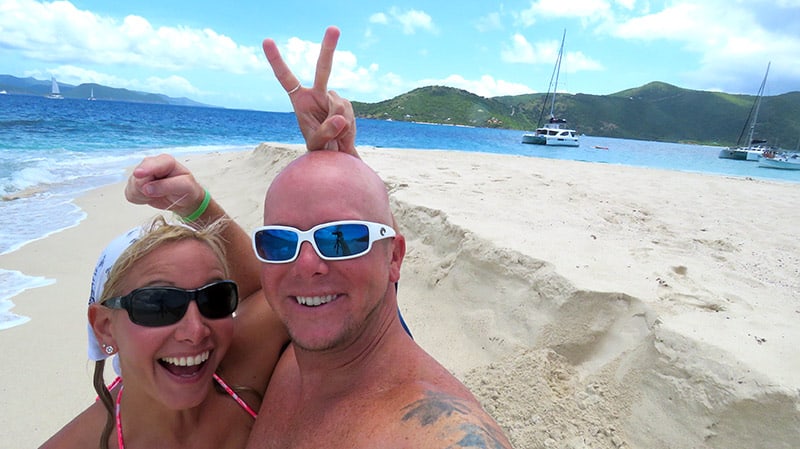 After our Sandy Spit fun it was time to cruise on over to White Bay, Jost Van Dyke. White Bay is ground-zero for beach bar bliss. This famous BVI bay is home to popular beach bars such as One Love, Coco Locos, Gertrude’s, Ivan’s Stress Free Bar, the new Hendo’s Hideout, and the Soggy Dollar Bar which is home to the famous Painkiller Cocktail. 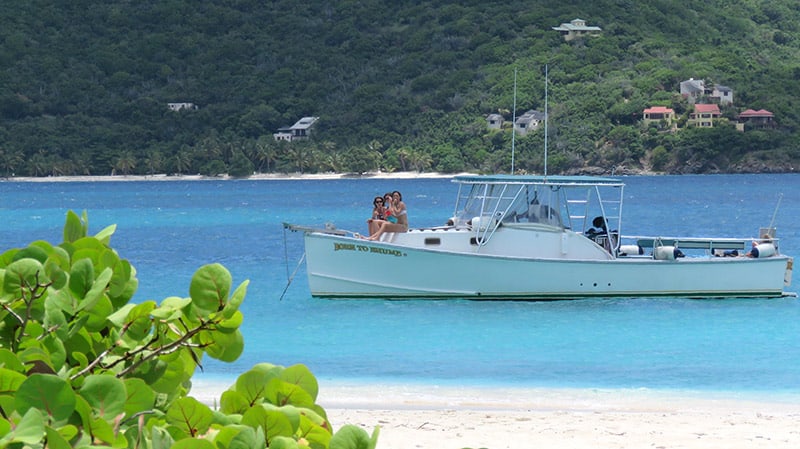 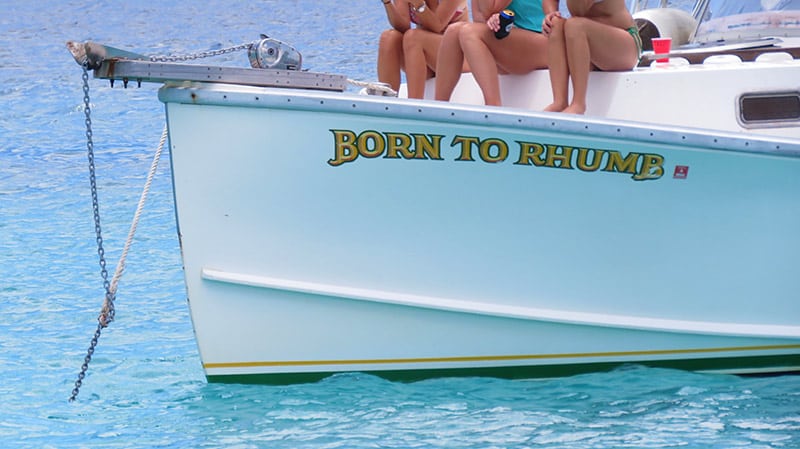 Once on Jost I had to climb that hill with the old scar that runs up it. I hadn’t seen many photos from up there and really wanted to show you Castaways the view. After that, I hit Hendo’s Hideout for a juicy bacon cheeseburger. The burger was great, but island time was being pushed to it’s limits at this place. After the grub most of our group found its way to the Soggy Dollar. It was time for a little feet in the sand and Painkillers in hand. Complete relaxation achieved. 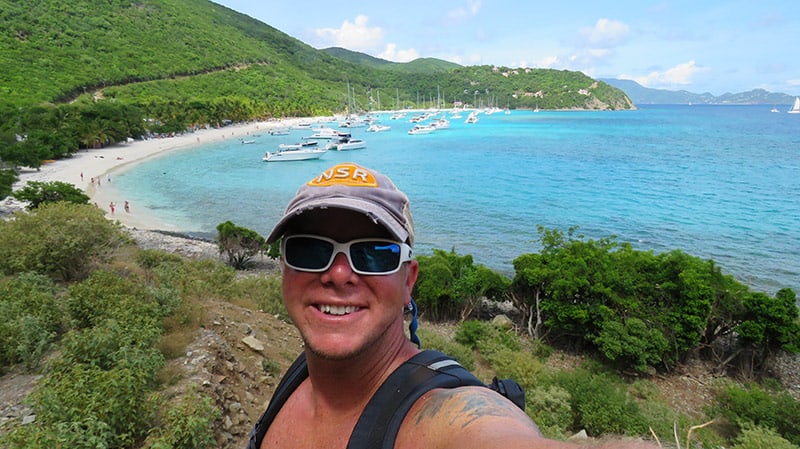 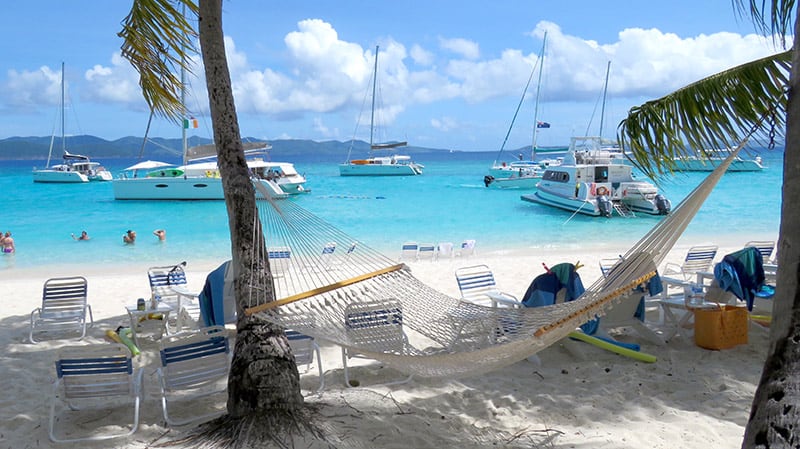 While saying Adios to Jost is always a sad affair, the boat ride back to St. John was fantastic. The Born to Rhumb speakers were blasting out music and a salty rum induced dance party broke out on board. Those pictures are better left to the imagination.

It was a special day on the water–Castaway Crystal experienced the BVI for the first time and I feel like we made new island friends that I hope to see again soon. Captain Ben and First Mate Laura did a great job giving us a small taste of what the BVI has to offer. Until next time my new St. John pirate friends, until next time. 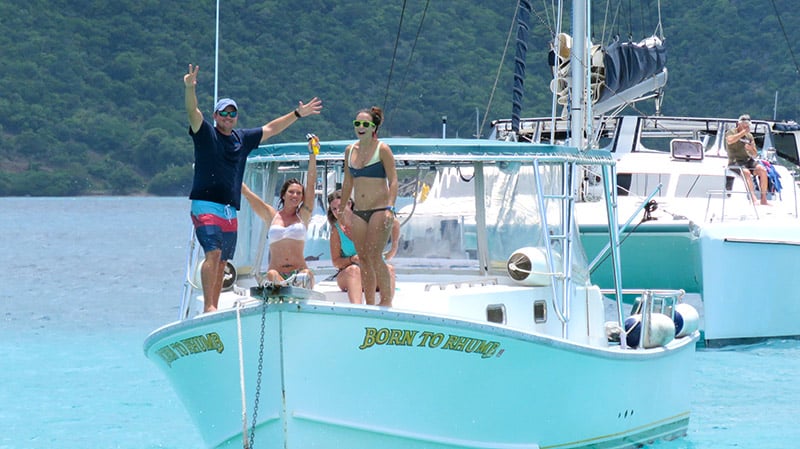