You won’t need a Delorean to go back in time to see how Caribbean rum use to be made. All you need is a passport and a trip to the island of Tortola in the British Virgin Islands. Here you will find the Callwood Rum Distillery located in Cane Garden Bay, one of the oldest continuously run rum distilleries in the Caribbean.

We got the chance to visit the famous Callwood Rum Distillery during our boat day with Born to Rhumb on St. John. You can read about that story here. We pulled into Cane Garden Bay on Tortola, swam ashore, grabbed a quick drink for the road and walked down the street until we found the sign for the distillery.

If you’re a rum lover like me, then you’ll know that the Caribbean is the birthplace of rum with production dating back to the mid 1600’s. It was in places not too different from the Callwood Distillery, that rum was produced and exported to Europe, North America and beyond.

Since the late 1800’s the distillery has been in the Callwood family and is operated by Michael Callwood and his family currently.

In the photo below, you’ll see a big door behind Castaway Crystal and myself which leads to the boiling room. I’m holding up an additional member to my rum collection, the Callwood 10 year old. I know you want a sip don’t you?

The actual age of the Callwood Distillery is unknown, but the style of stone and brick work would suggest that it dates back to the mid 1700’s. As I mentioned earlier, the Callwood Distillery is the only continuously working rum distillery in the BVI. But travel back in time (yes the Delorean will be needed) and there were as many as 26 distilleries operation in the BVI and USVI. Many have completely disappeared and the ruins of others can still be seen on hiking trails and in the forests.

Here are a few photos from our day at the Callwood Distillery on Tortola. 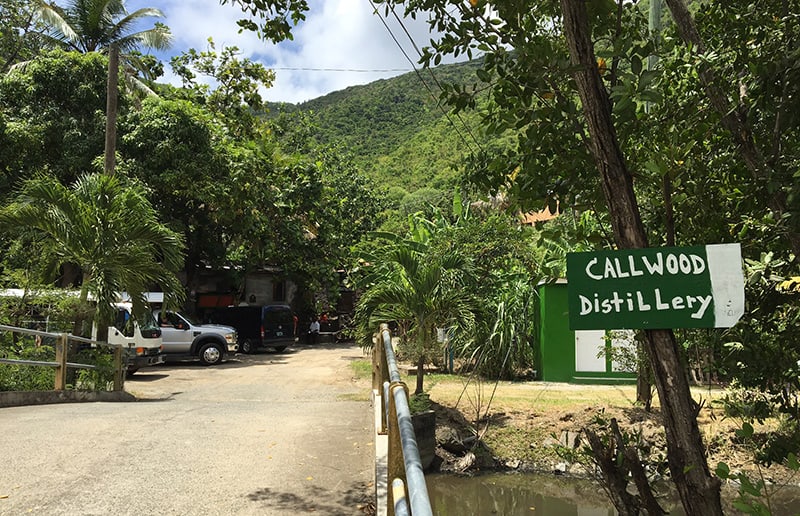 Callwood rum is a sugar cane rum. It’s made using sugar cane grown on the property and sourced from other Tortola suppliers. When harvested, the stalks are cleaned in preparation for the press mill. With the amount of rum being made and sold, the family only makes rum once a year. There was a ship in port in Road Town so there were quite a few buses delivering people to the distillery. This made getting photos without annoying people a little difficult. 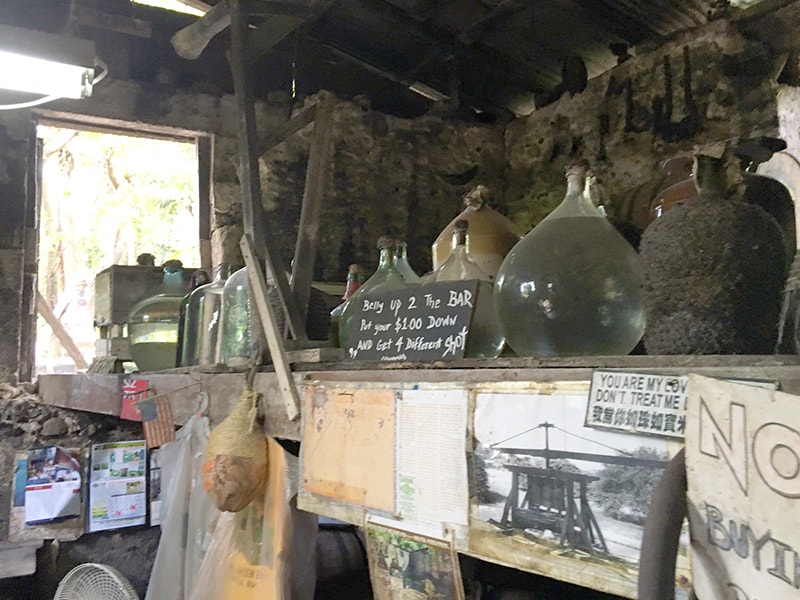 You can go inside the rum of the distillery and get historic talk about the operation and the rums. For $1 you can sample all four rum that they offer. I tried the four, then slapped down $20 more for a bottle of the 10 year old. There’s no way I was leaving this place without a bottle. 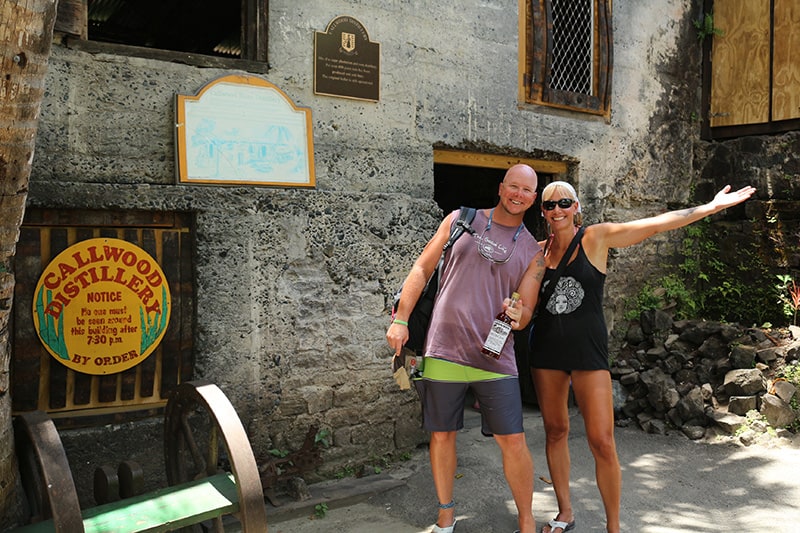 As you can see my bottle of rum didn’t fare all that well during the day on the water. Apparently my dry bag was not all that dry and the label got wet. Sucks, but I guess it adds a little character.

If you’ve been to Tortola and the Callwood Rum Distillery, I’d love to hear what you thought. It really is like going back in time.