A Trip To The Hospital…Turtle Hospital That Is.

A Trip To The Hospital…Turtle Hospital That Is.

Ahhh, the Florida Keys. There’s no place like them and this island girls makes it a point to visit the beautiful island chain a couple times a year.

On one of my many road trips to Key West, I made a pit stop in Marathon to check out the Turtle Hospital. I’m so glad I did.

I’m not sure if you knew this about me, but I LOVE LOVE LOVE animals. I want to save and protect them all. So a visit to the Turtle hospital was a must. It wasn’t until this visit that my eyes were opened to all the dangers sea turtles encounter on a regular basis (sadly, mostly from humans).

Injuries from boats and fishing line, ingesting floating trash and a viral disease called Fibropapilloma seem to be the main reasons why sea turtles become patients at the Turtle Hospital. 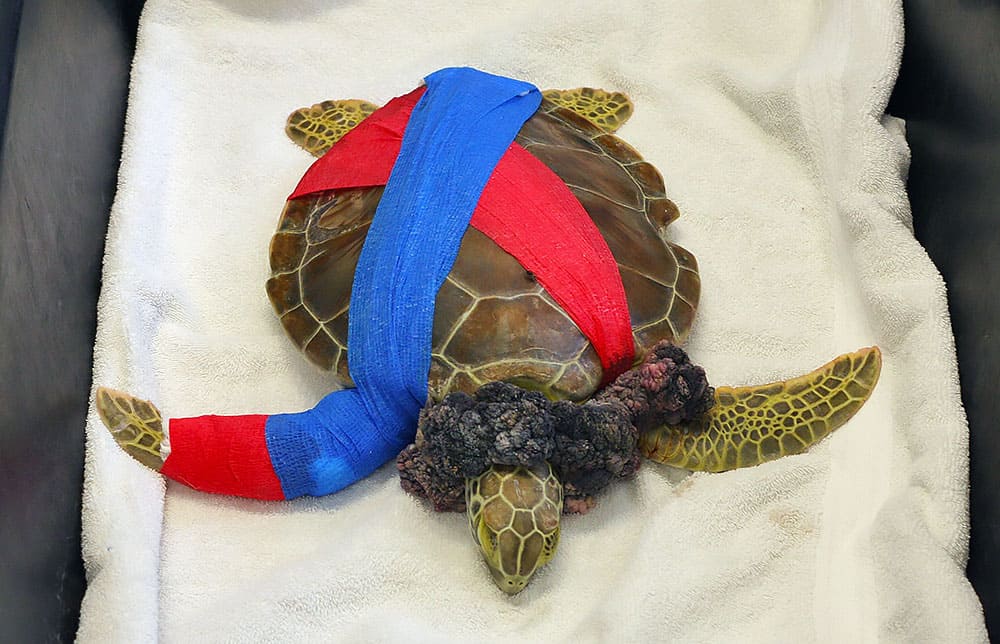 A sea turtle with the fibropapilloma virus. The benign tumors around his neck and fin have to be surgically removed. This disease affects 50-70% of the green sea turtle population. This turtle suffers from “Bubble Butt Syndrome” which was named after the Turtles Hospital’s first and longest resident, Bubble Butt.  This condition happens to a turtle after it’s been struck by a boat. The turtle becomes too buoyant and is unable to submerge itself.

Most sea turtles who come to the hospital will be rehabilitated and sent back to their natural environment. But for some, with injuries that are too severe and would not be able to survive in the wild become permanent residents at the old Hidden Harbor Motel. What use to be a pool for hotel guests is now a home for many sea turtles getting a second chance at life.

When visiting you can take an educational tour of the hospital and meet some of the patients and residents. During the tour I learned that sea turtles are a lot like toddlers, they will put anything in their mouth and attempt to swallow it.

So that straw in your fruity cocktail, that balloon you released, that plastic bag that blew away is now stuck in the turtle’s intestines and he can’t pass it. It’s such a sad fact that a plastic water bottle or straw that we humans use once for a minute or two, will last for over a thousands years–either sitting in a landfill or possibly floating in our oceans.

There really must be another way. 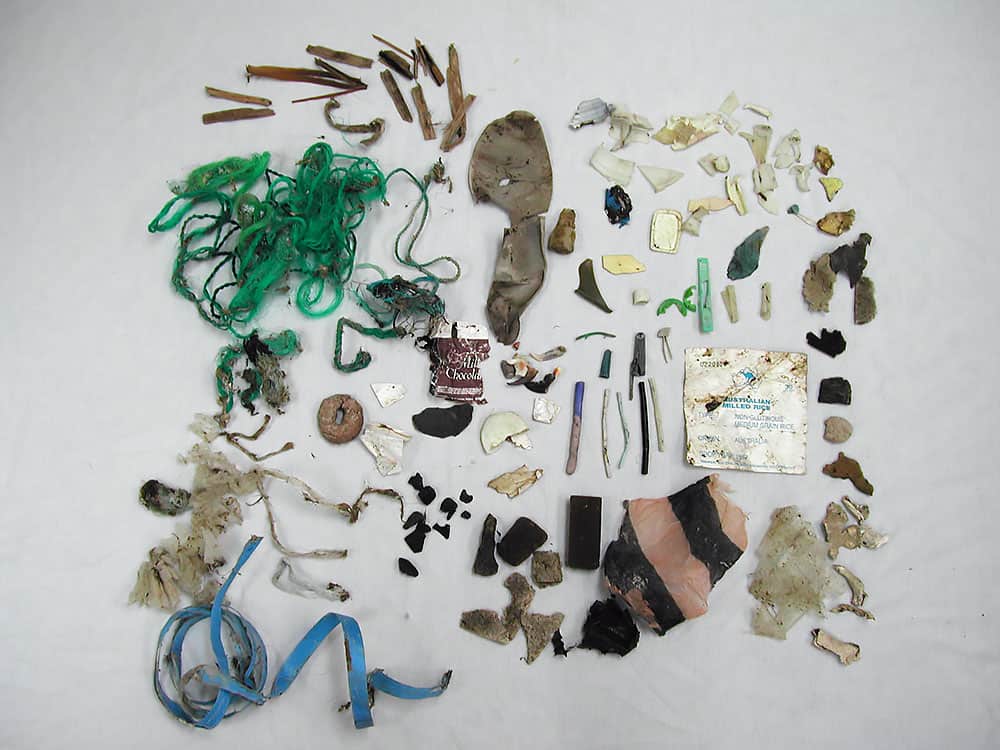 That’s when the Turtle Hospital comes to the rescue and will help relieve turtles who are suffering from intestinal impaction. The sea turtles are given a combination of metamucil, fiber and vegetable oil to help them pass the foreign objects that are blocking their intestines. Not all turtles will be lucky enough to receive this kind of care so it’s up to us to do our part and dispose of our trash properly. If not, we are endangering more sea turtles who will die of starvation due to blockage from the trash in their intestinal tract–and nobody wants that.

The Turtle Hospital is a charitable organization with four main goals to rehab injured sea turtles, educate the public, conduct and assist with research and to work towards environmental legislation to make the beaches and waters safe and clean for sea turtles. Next time you are cruising through Marathon in the Florida Keys, don’t forget to make a stop at the Turtle Hospital and make a few reptilian friends. It might just change the way you consume plastic products.

I'm a beach bunny hopping from island to island with camera in hand. I love experiencing all the Caribbean has to offer and sharing our stories with you! Conch fritter connoisseur, animal lover, nature lover, and RumShopRyan’s salty first mate.