With Sandy Toes and Salty Kisses, How We Became Mr. and Mrs.

“Pirate Looking For His Mermaid” — That was the caption on a profile I came across as I was jadedly looking for love on the well known dating website Plenty of Fish. Hummm, “Mermaid?” “Fish?” There seems to be a theme here.

I took a gander at this profile due to always wanting to dress up as a mermaid for Halloween. A perfectly logical reason to consider someone for a possible partner, right?

Cute guy but not much to say.  All he wrote was, “Too much to write, just ask.” Well, I’m a little old fashioned and I don’t make the first move, so there was no way I was going to randomly message this guy. Especially when he didn’t even write anything about himself.  Seemed lazy, not going to waste my time, pass (like I said, I was jaded).

Well, this pirate got a notification that I looked at his profile. I guess you could say that in a way I did make the first move after all. Unlike him, I wrote a little about myself and what I wanted.

I didn’t want to waste someone else’s time or mine so I was pretty cut-throat. Arrrg! Don’t be wastin’ me time matey, or it’s the plank fer ya! (Maybe I’m more of a pirate wench than a mermaid, just a thought.)

Anyways! Back to my profile!

I had written demands such as “You have to live in my town, I’m not going to drive an hour to visit you.” (What can I say? I like my men like I like my pizza — hot and available in 30 minutes or less.) I even had my top 4 deal breakers written down. I informed those who were looking at my profile that they shouldn’t write to me if they did not meet within the criteria. Did I mention I was jaded?

Fortunately, my assertiveness did not scare away this mermaid-seeking buccaneer. He actually found it attractive that I knew what I wanted. Lucky for him, he passed my 4 deal breakers, and so he sent me a message.

Though it was no easy feat, the pirate managed to win over this sea maiden’s trust and heart.

He found the mermaid he’d been looking for and he wasn’t about to let his priceless treasure go. Those pirates can be pretty protective over their booty (wink-wink, nudge-nudge). 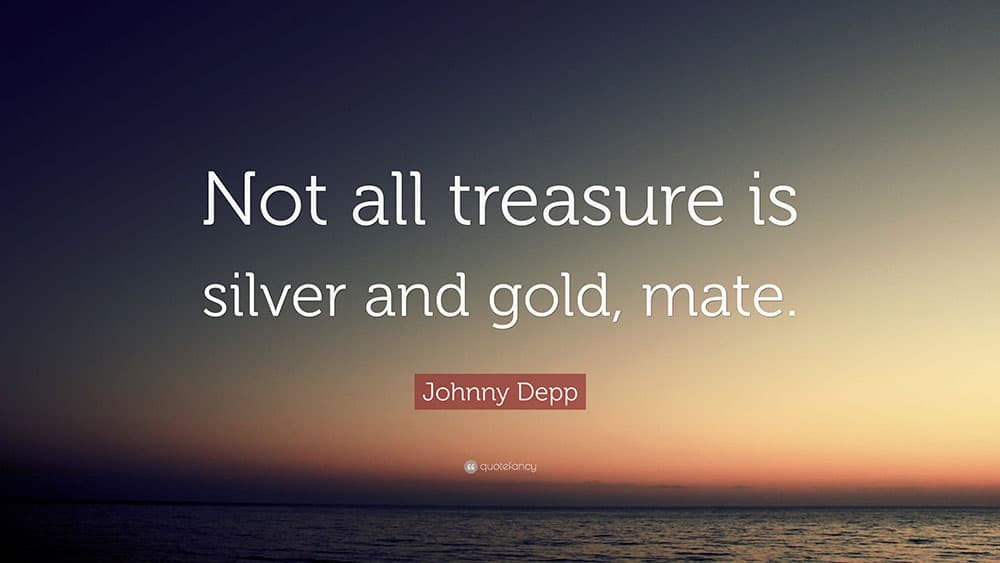 While eloping was my first choice (I’m not a fan of planning, stress, or spending enormous amounts of money for one day), we came to an agreement and had a beautiful and intimate sunset wedding on Captiva Island with 25 of our closest friends and family. A small beach wedding sounds easy enough but in the week leading up to our big day (and even the day after), I was a sleepless ball of nerves.

I was worried about how guests were going to get along.

I was worried if guests were going to enjoy themselves.

I was worried how our ceremony site was going to come together (I didn’t see it until I was walking down the aisle). Trying to relax with a mimosa!

I had to do a last minute change on hairstylists and I was doing my own makeup which I did not have the most confidence in. Even after watching countless makeup tutorials on YouTube, it didn’t help the confidence levels.

(Funny side note: I was actually trying to “save” money by doing my own makeup, but I think I ended up spending more money than if I just paid someone to do it for me.)

Like any bride, I just wanted to feel pretty and flawless on my big day. And those two concerns had me on a ledge that my groom, friends, and family had to get me down from multiple times (Thanks for the support guys!).

As always, the endless amount of fretting was a waste of time and energy. It was taking away the joy of the occasion and covering the true importance of the day in a gloomy fog.

This is NOT how you’re suppose to feel on the happiest day of your life! I had to snap out of it! I had to remind myself what this day was truly about.

The meaning of the day wasn’t about all the stuff that I was mulling over. My worries were all superficial and pointless.

The true meaning and importance of the day was that Ryan (RumShopRyan) and I (Castaway Crystal) were making a deeper commitment to each other – agreeing to be partners for life, no matter how rough the seas may get.

It was a promise that we both waited a long time to make to another person – the right person. Being in your late 30s and marrying for the first time is unusual for most.

In the end, when it was all said and done, the day could not have been any better. 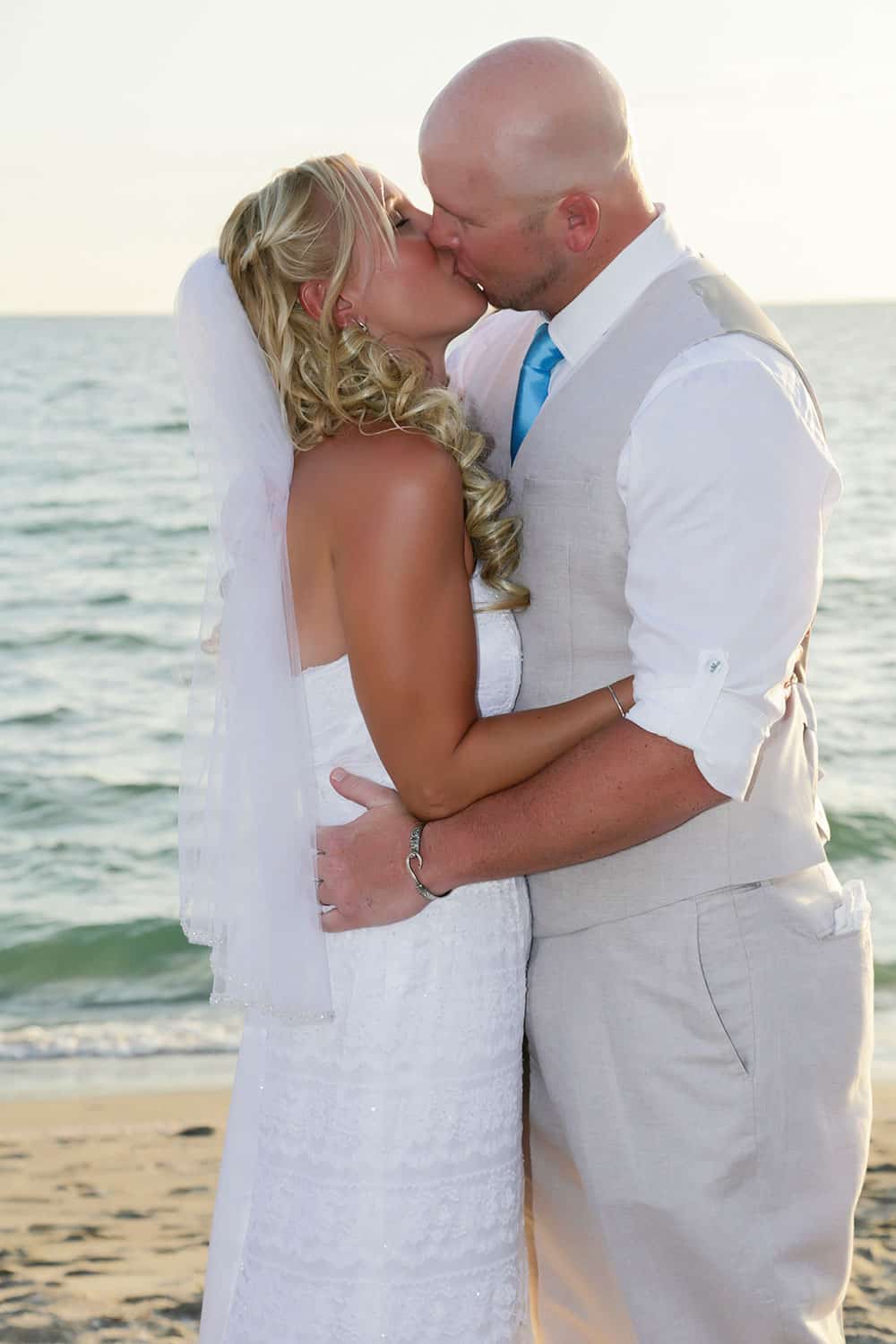 We had perfect weather (Which is not common for summers in Florida). Our guests enjoyed themselves, my hair looked amazing, and the ceremony site was adorable (Ryan and his friends did a great job!).

As a bonus, I even got to have a dance with my groom though we didn’t have a real reception. I was one happy bride!

(Wedding Tip: If you want to save on the expenses of paying for a band or DJ, just do what we did and go to the nearest bar with live music. The patrons will add to your celebration and make you feel like a superstar for the night.)

But most importantly, the day was perfect and I couldn’t take the smile off my face because I married the man I waited so long for. He’s my biggest supporter, my hero and my best friend. 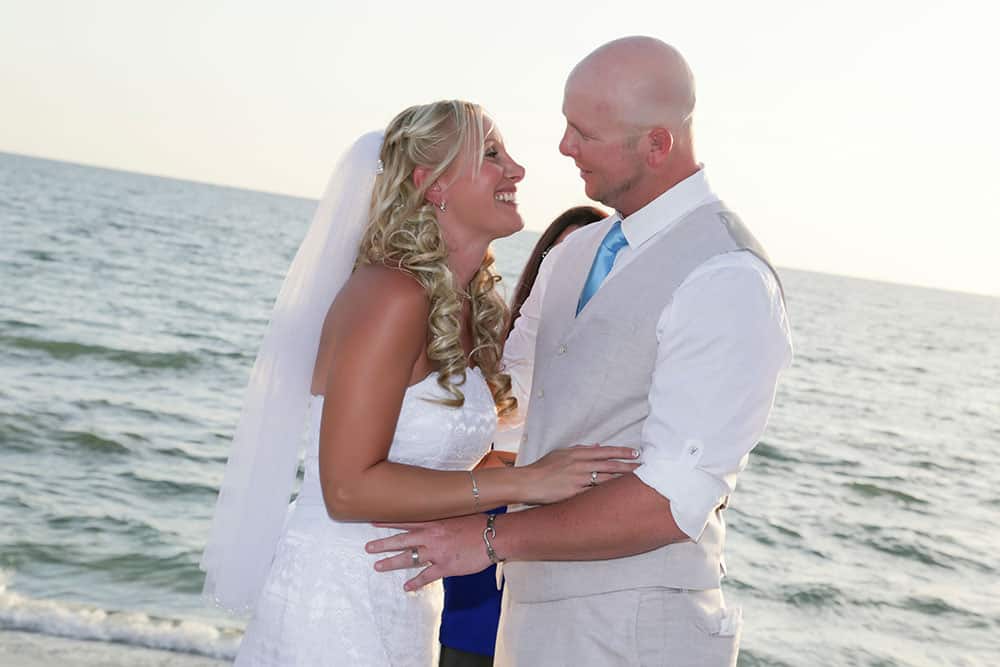 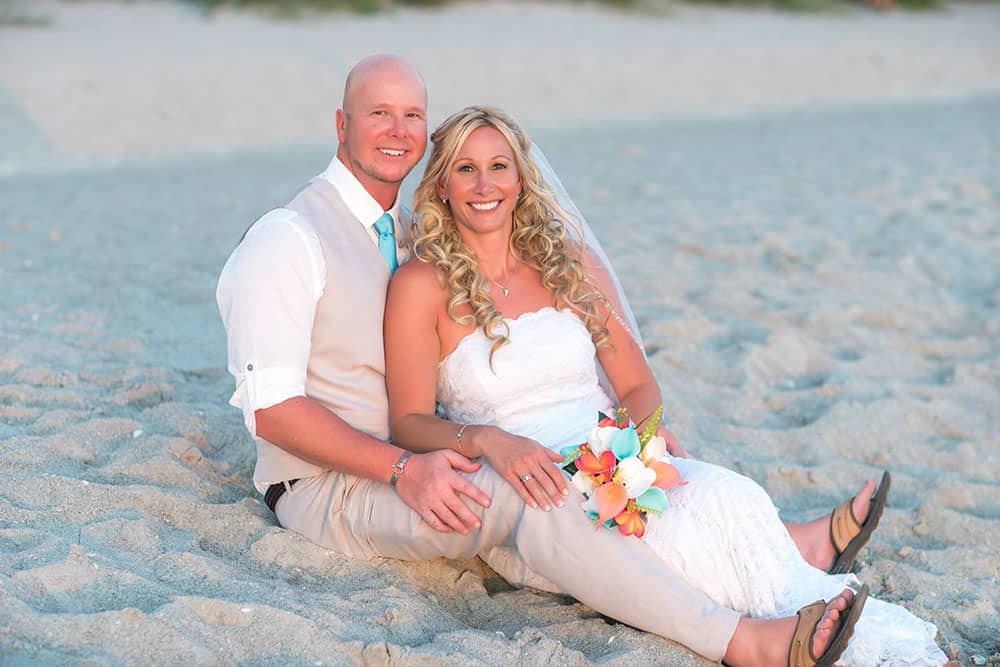 So to all you future brides out there — I know this is easier said than done, but learn from me and do your best to not stress over all the little details of your big day. It will all come together. If you do have some minor upsets, just remember what’s truly important and why you are marrying the man next to you. 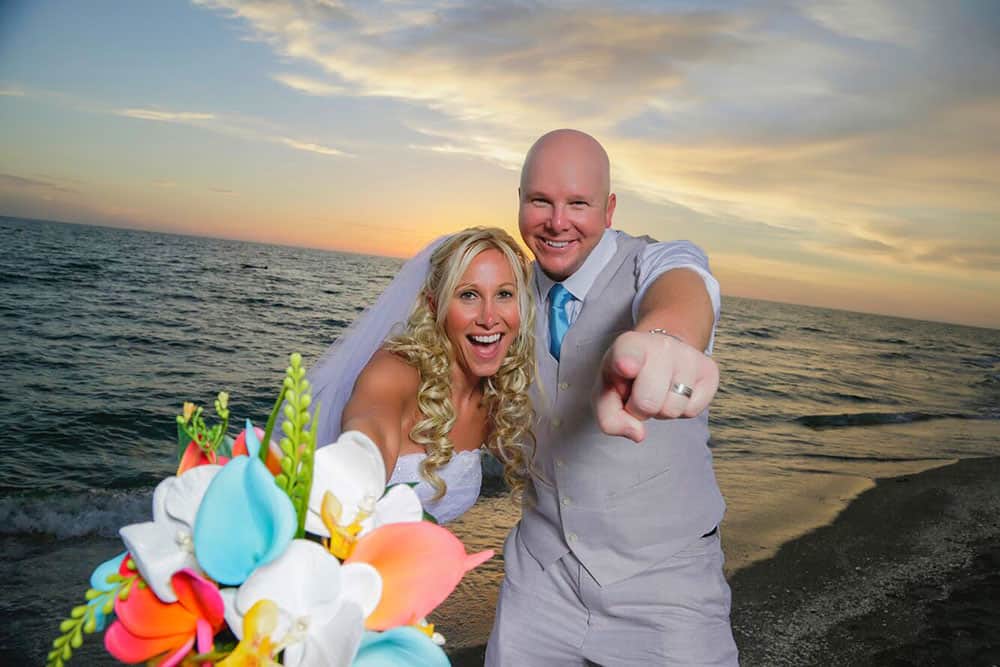