Covering Key West in Rum and Walking in Hemingway’s Footsteps

Chill laid back vibe, famous bars, beautiful blue water, history around every corner…what is there not to love about Key West? With all it’s charm and energy, it would seem that it might be hard to improve such a place. Hard, not impossible. How you say?

Castaway Crystal and I recently hopped on the Key West Express ferry to check out the Papa’s Pillar Rum Distillery. It was beat up a little by Hurricane Irma but it’s back in action now and they are making rum! We wanted to take the tour and soak in a little Hemingway magic.

It’s not your average rum distillery tour, it’s more like stepping back in time and learning first about the man himself, Earnest Hemingway. After that you dive into the rum making process and can actually see the guys at work making the rum we love so much. I’m going to go into the tour with a super cool video I’m working on in an upcoming blog post. For this story I want to do something a little different. I want to cover Key West in rum! How do you do that? You just take a bottle of Papa’s Pilar Rum and you hop around the island, shooting photos in places where Hemingway himself probably stood.

Let’s see where the journey takes us! First things first, a visit to the Hemingway Home and Museum. I thought it only fitting the journey starts here. This is where Earnest Hemingway lived when he called Key West home. He wrote many of his best works right here. I felt strongly that the rum and the house should meet. During our time at the Hemingway House, we were able to get into Hemingway’s actual writing studio. It’s off limits to general public, but you can still see it through a gate. I guess it’s good to be RumShopRyan sometimes!

As we walked into the studio you could feel the energy change. I mean this is where it happened! His desk was right there. His typewriter was there. It was a special moment. We even got this awesome shot with one of the 6-toed cats on Hemingway’s writing desk and the Papa’s Pilar bottle. After the Hemingway House we jumped on our Harley scooter and headed south. All the way south. South to the famous Southern Most Point. We are covering Key West with rum remember, it’s a must-have photo with a bottle model! 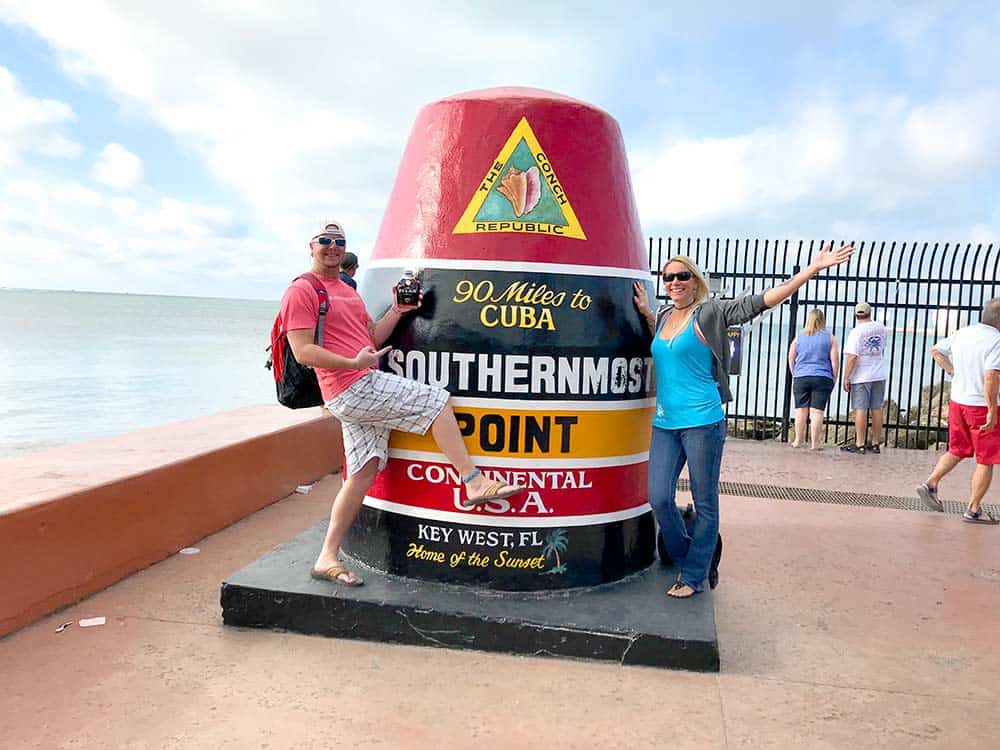 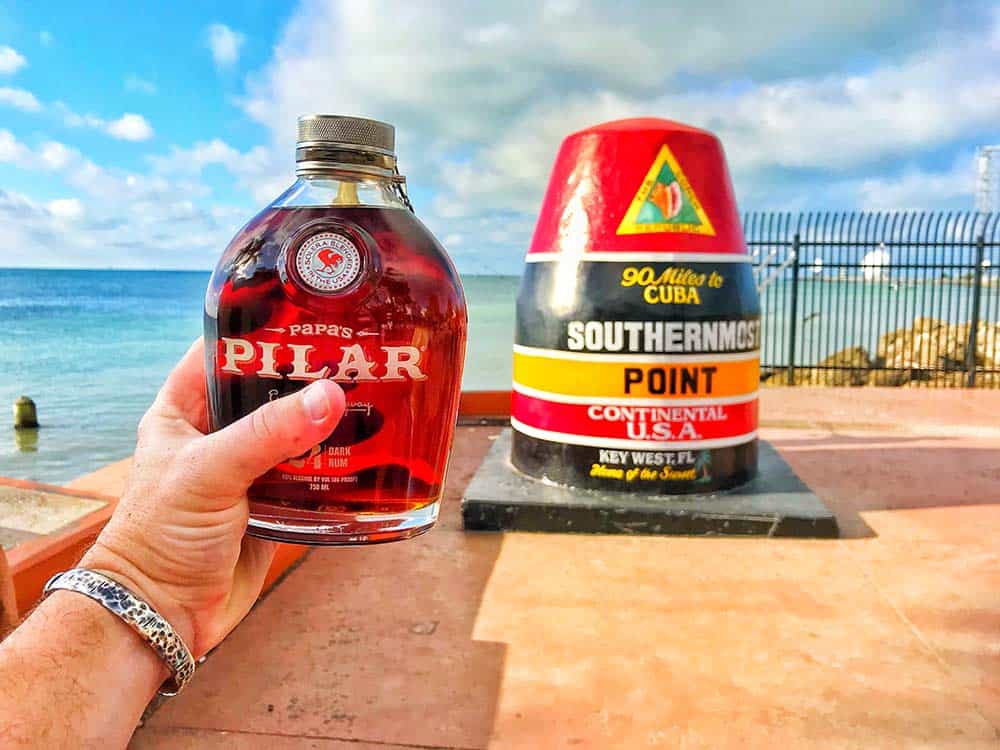 After the Southern Most Point, it was time for a little beach action. First a stop at Higgs Beach for a few shots. It was good to feel the sun on our skin and the sand between our toes. 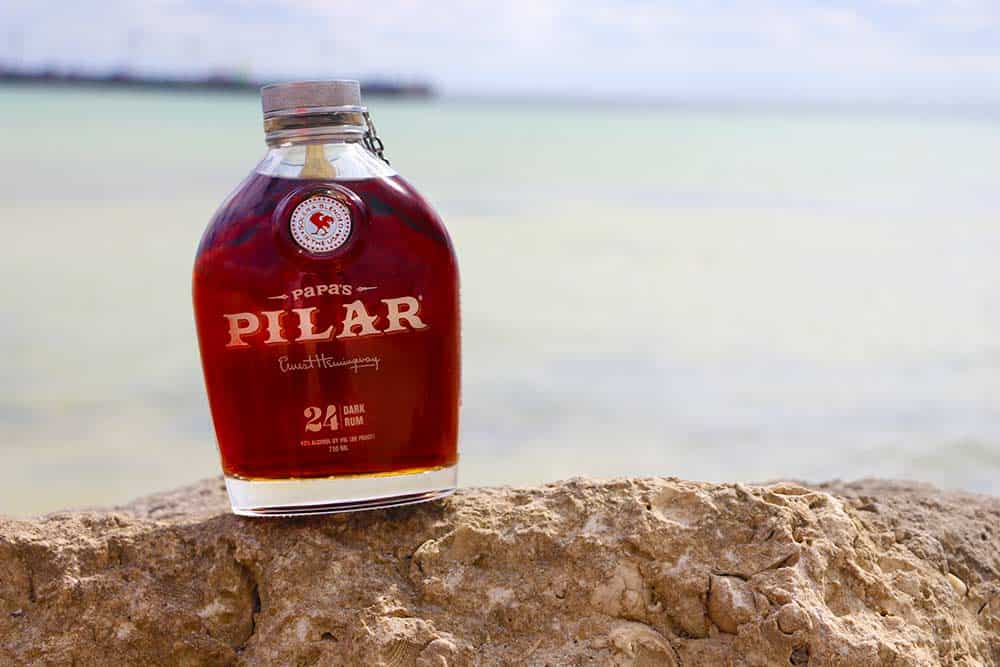 Next was a stop at probably Key West’s most well known stretch of sand, Smather’s Beach. The sun was popping in and out and the day was warming up nicely. The beach wasn’t crazy busy so it was nice to take a little break and walk the sand for a bit. 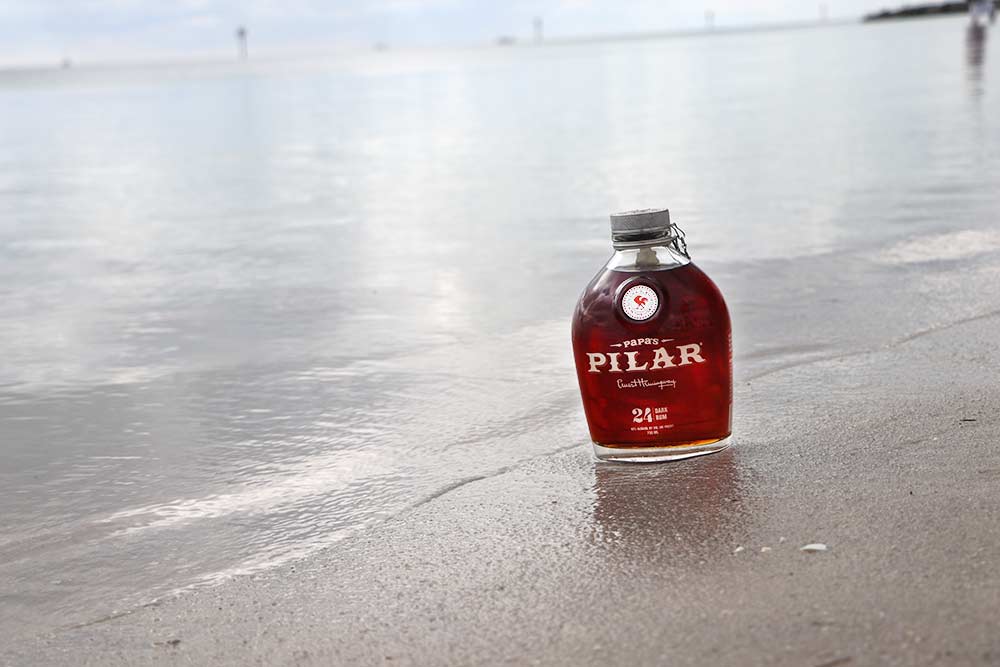 After Smathers Beach the beautiful Castaway Crystal and I were growing hungry. It’s hard work racing around Key West trying to get kick-ass photos of rum!

Neither one of use had ever been to the Hogfish Bar and Grill on Stock island. I’ve heard it’s a pretty cool place and since we were on that side of the island we thought we’d give it a try. Only afterwards did I find out you’re not suppose to take your scooter rentals off Key West. Oops. I guess when there’s food and rum involved, rules tend to be forgotten. No harm, no foul though. Hogfish was a cool dive, I recommend stopping by on your next visit.

Two stops were left for our Covering Key West In Rum journey; the world famous Mallory Square and the Mile 0 sign. 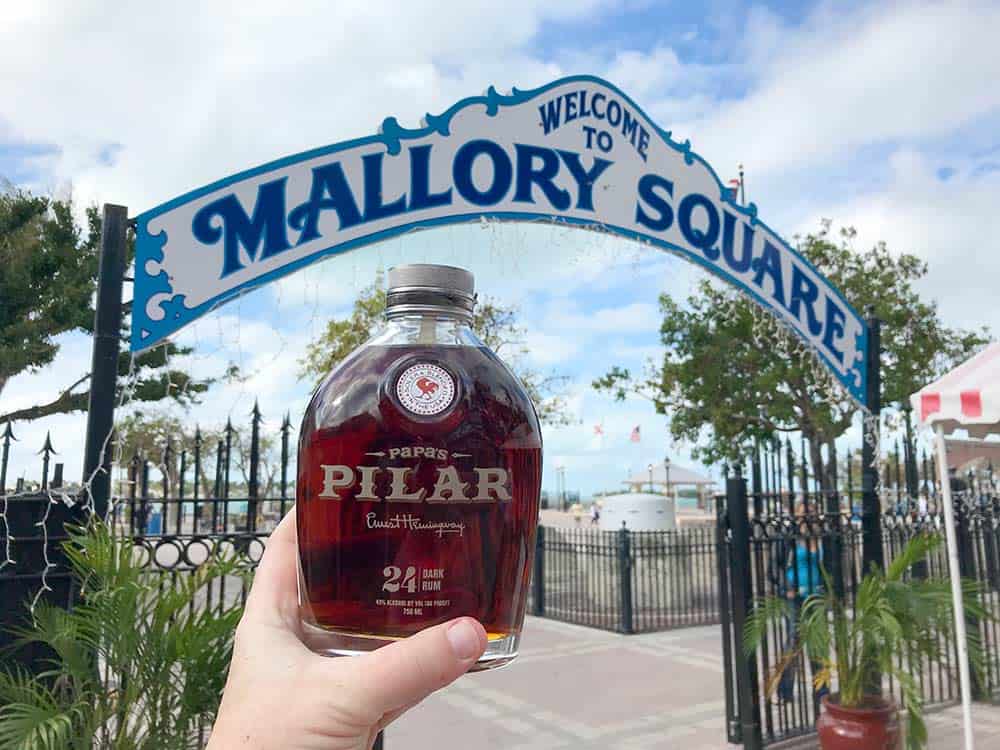 Only after, when I started writing this blog did I think it would have been a cool detail to slowly have the rum disappear out of the bottle. That way you as the reader could see how the story/day progressed. Then I thought, well if too much of the rum disappeared, would I have forgotten things or had to go sleep it off. Just know that after all these photos were taken, the rum did take a hit. Pirates.

The next time you’re in Key West, I highly recommend stopping by the Papa’s Pilar Rum Distillery. It’s located at 201 Simonton Street. The tour is amazing, that is a must. They also have a cool trading post room where you can grab tons of swag and try out some tasty Papa’s Pilar cocktails.

Cheers to beautiful islands and covering them in rum!